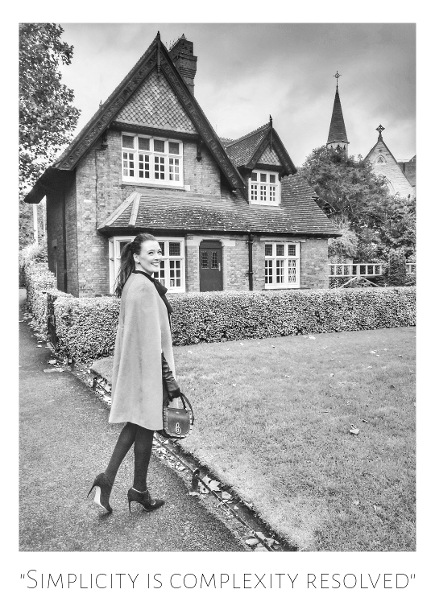 Laura-Jayne Halton is one of Ireland’s leading bespoke fashion designers. With an esteemed and award-winning design portfolio, Laura Jayne has created an aesthetic fusion that inspires instant recognition. Her designs have been showcased at a host of prestigious red carpet events, including the Academy Awards in LA, the Madrid International Film Festival, the World Music and Independent Film festival in Washington DC, The Memphis International Film Awards, The ‘Action On’ Film Festival in LA, The International Rose of Tralee Festival, and the VIP Style Awards and The Beverly Hills Bar Association Awards. Laura Jayne specialises in beautiful bespoke outfits that transcend trends and seasons to provide timeless elegance for the most special occasions.

Having studied Furniture Design at the Centre for Excellence in Furniture Design at GMIT Letterfrack, and Fashion Design at the Galway Technical Institute, Laura Jayne has worked in these fields for over 10 years. She has collaborated on International projects in furniture design, fine art, illustration and fashion. Major clients have included Sarah Jessica Parker, Steinway Lyngdorf, Groundworks New York, New York Custom Woodworks, The Robb Report Magazine as well as academic collaborations published with the National Museum of Denmark.

Laura Jayne Halton was awarded ‘One to Watch’  at the KFW awards in association with Image Magazine, and has been nominated for the Irish Fashion Innovation awards in both the ‘Student’ and ‘One to Watch’ categories  and the Peroni Moda awards. Her work has won numerous accolades for most stylish at some of Ireland's most loved Race & Show Jumping events including Best Irish Design at the Galway Races, Best Dressed Lady at the Dublin Horse Show, Most Stylish at Leopardstown Gold Cup and Most Stylish Lady at the Continentally Classic Style Awards at the Intercontinental Dublin. Laura Jayne was awarded Business Woman of the Year at the Network Kildare Awards and won the Overall Business Woman of the Year - Arts Category at the Network Ireland Awards 2018.

Laura Jayne Halton is based in Maynooth, Co. Kildare. For a consultation, please submit a contact form here, or e-mail [email protected].